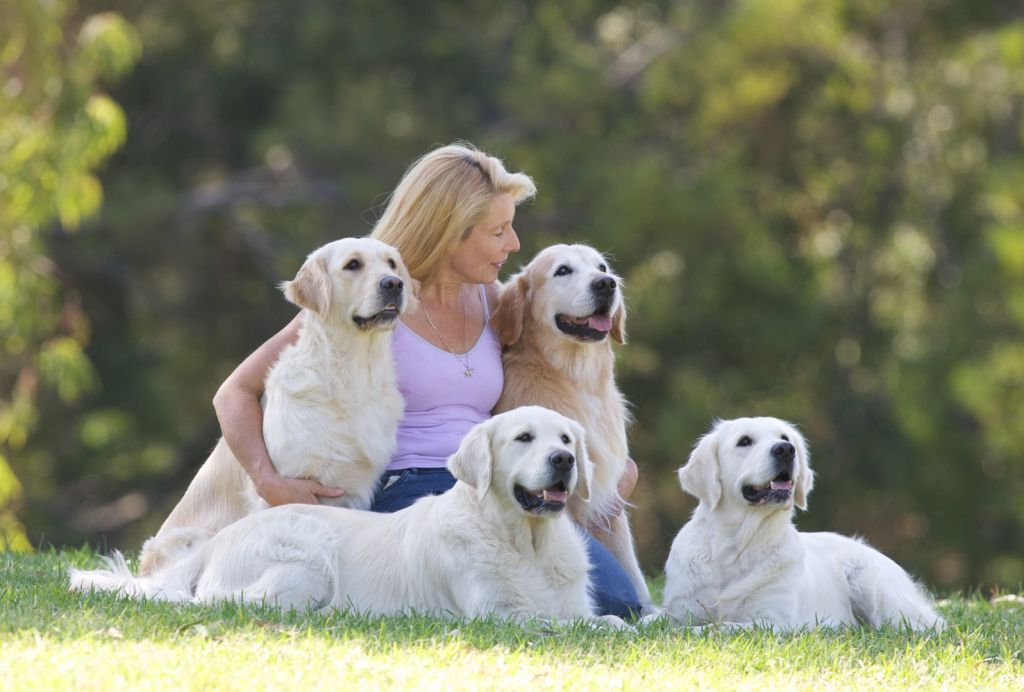 My partner, Tony, and I  live on a property in the Eastern suburbs of  Melbourne, Victoria.

Over the past 31 years I have owned, bred, and handled many golden's. A lot have gained Championship titles in the show ring, Obedience titles and Retrieving trial titles and many other awards.

My aim is to produce Dual purpose goldens with conformation and working ability.  Golden's that are sound in temperament and sound in body which ultimately make wonderful pets and companions.
All golden's at Fernfall are hip and elbow x-rayed, have current clear eye and heart certificates and all have wonderful temperaments. I have recently had most of the dogs in my kennel DNA profiled.


My daughters have also involved in the dog world.
Jessica - (27) started with a Jack Russells 'Jayrae Kennels'. Jessica also competed in Junior handlers with many breeds. She won 2 Royal Junior handlers competitions.

Rebbeca -(22) carried on with the Jack Russells 'Loubec Jack Russell Terriers and now has an Irish Setter called 'Maria' Ch.Eireannmada Santa Maria. She is campaigned her and has has done some obedience too which they both enjoyed!
Both girls have there own Kennel Prefixes and show, breed, and compete in Junior Handlers competitions with much success.

Thankyou to all those people....now my good friends, who have and are campaigning  Fernfall Golden's

Kelsey and Dylan ,( from Canada),  with some of our goldens.